Hal Zemel, a Tax Principal at Berdon LLP, has more than 20 years in public accounting and advises businesses in the real estate, service, and manufacturing sectors.
Find me on: 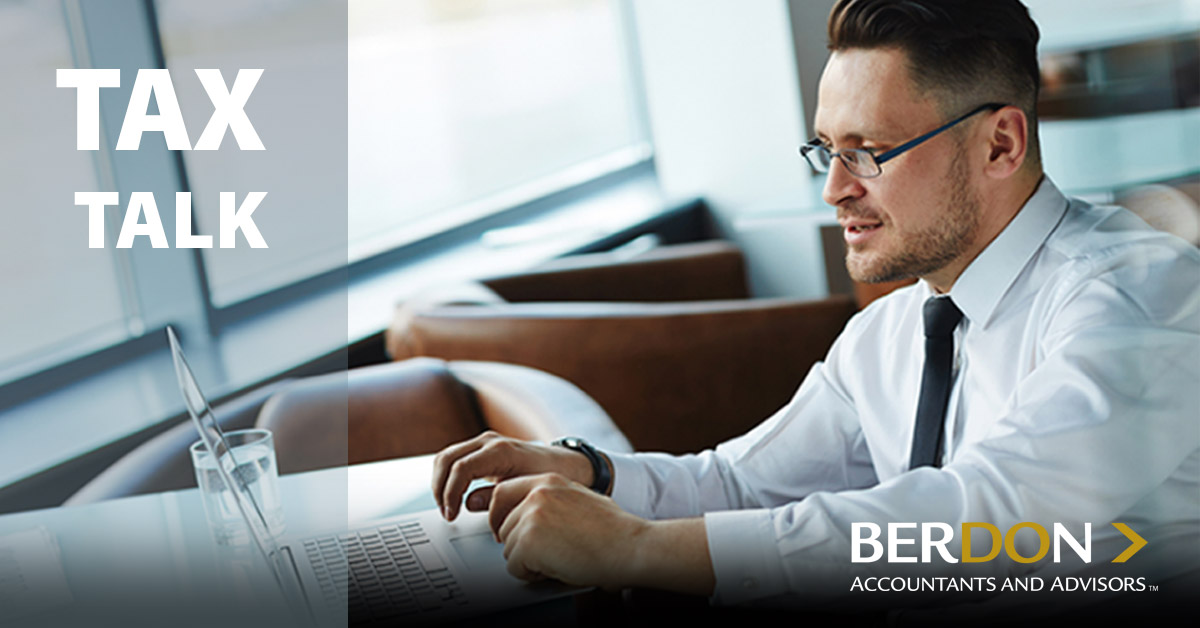 The IRS announced it is opening the 2019 individual income tax return filing season on January 27. Even if you typically don’t file until much closer to the April 15 deadline (or you file for an extension), consider filing as soon as you can this year. The reason: You can potentially protect yourself from tax identity theft — and you may obtain other benefits, too.

In a tax identity theft scam, a thief uses another individual’s personal information to file a fraudulent tax return early in the filing season and claim a bogus refund.

The legitimate taxpayer discovers the fraud when he or she files a return and is informed by the IRS that the return has been rejected because one with the same Social Security number has already been filed for the tax year. While the taxpayer should ultimately be able to prove that his or her return is the valid one, tax identity theft can cause major headaches to straighten out and significantly delay a refund.

TAX TALK: Law Changes That May Affect Your Retirement Plan

If you save for retirement with an IRA or other plan, you’ll be interested to know that Congress recently passed a law that makes significant modifications to these accounts. The SECURE Act, which was signed into law on December 20, 2019, made these four changes.

While you were celebrating the holidays, you may not have noticed that Congress passed a law with a grab bag of provisions that provide tax relief to businesses and employers. The “Further Consolidated Appropriations Act, 2020” was signed into law on December 20, 2019. It makes many changes to the tax code, including an extension (generally through 2020) of more than 30 provisions that were set to expire or already expired.

Two other laws were passed as part of the law (The Taxpayer Certainty and Disaster Tax Relief Act of 2019 and the Setting Every Community Up for Retirement Enhancement Act).

Long-term Part-timers Can Participate In 401(k)s

Under current law, employers generally can exclude part-time employees (those who work less than 1,000 hours per year) when providing a 401(k) plan to their employees. A qualified retirement plan can generally delay participation in the plan based on an employee attaining a certain age or completing a certain number of years of service but not beyond the later of completion of one year of service (that is, a 12-month period with at least 1,000 hours of service) or reaching age 21.

TAX TALK: Have a Side Gig? Understand Your Tax Obligations

The number of people engaged in the “gig” or sharing economy has grown in recent years, according to a 2019 IRS report. And there are tax consequences for the people who perform these jobs, such as providing car rides, renting spare bedrooms, delivering food, walking dogs or providing other services.

Basically, if you receive income from one of the online platforms offering goods and services, it’s generally taxable. That’s true even if the income comes from a side job and even if you don’t receive an income statement reporting the amount of money you made.

The IRS recently released a report examining two decades of tax returns and titled “Is Gig Work Replacing Traditional Employment?” It found that “alternative, non-employee work arrangements” grew by 1.9% from 2000 to 2016 and more than half of the increase from 2013 to 2016 could be attributed to gig work mediated through online labor platforms.

The tax agency concluded that “traditional” work arrangements are not being supplanted by independent contract arrangements reported on 1099s. Most gig work is done by individuals as side jobs that supplement their traditional jobs. In addition, the report found that the people doing gig work via online platforms tend to be male, single, younger than other self-employed people and have experienced unemployment in that year.

The IRS considers gig workers as those who are independent contractors and conduct their jobs through online platforms. Examples include Uber, Lyft, Airbnb, and DoorDash.

Unlike traditional employees, independent contractors don’t receive benefits associated with employment or employer-sponsored health insurance. They also aren’t covered by the minimum wage or other protections of federal laws, aren’t part of states’ unemployment insurance systems, and are on their own when it comes to training, retirement savings and taxes.

If you’re adopting a child, or you adopted one this year, there may be significant tax benefits available to offset the expenses. For 2019, adoptive parents may be able to claim a nonrefundable credit against their federal tax for up to $14,080 of “qualified adoption expenses” for each adopted child. (This amount is increasing to $14,300 for 2020.) That’s a dollar-for-dollar reduction of tax — the equivalent, for someone in the 24% marginal tax bracket, of a deduction of over $50,000.

Adoptive parents may also be able to exclude from their gross income up to $14,080 for 2019 ($14,300 for 2020) of qualified adoption expenses paid by an employer under an adoption assistance program. Both the credit and the exclusion are phased out if the parents’ income exceeds certain limits, as explained below.

With Thanksgiving behind us, the holiday season is in full swing. At this time of year, your business may want to show its gratitude to employees and customers by giving them gifts or hosting holiday parties. It’s a good idea to understand the tax rules associated with these expenses. Are they tax deductible by your business and is the value taxable to the recipients?

If you make gifts to customers and clients, the gifts are deductible up to $25 per recipient per year. For purposes of the $25 limit, you don’t need to include “incidental” costs that don’t substantially add to the gift’s value, such as engraving, gift wrapping, packaging or shipping. Also excluded from the $25 limit is branded marketing collateral — such as small items imprinted with your company’s name and logo — provided they’re widely distributed and cost less than $4.

The $25 limit is for gifts to individuals. There’s no set limit on gifts to a company (for example, a gift basket for all team members of a customer to share) as long as they’re “reasonable.”

TAX TALK: What Medical Expenses Qualify for a Tax Deduction?

As we all know, medical services and prescription drugs are expensive. You may be able to deduct some of your expenses on your tax return but the rules make it difficult for many people to qualify. However, with proper planning, you may be able to time discretionary medical expenses to your advantage for tax purposes.

For 2019, the medical expense deduction can only be claimed to the extent your unreimbursed costs exceed 10% of your adjusted gross income (AGI). You also must itemize deductions on your return.

For tax purposes, December 31 means more than New Year’s Eve celebrations. It affects the filing status box that will be checked on your tax return for the year. When you file your return, you do so with one of five filing statuses, which depend in part on whether you’re married or unmarried on December 31.

More than one filing status may apply, and you can use the one that saves the most tax. It’s also possible that your status options could change during the year.

If you’re not already contributing the maximum allowed, consider increasing your contribution rate between now and year end. Because of tax-deferred compounding (tax-free in the case of Roth accounts), boosting contributions sooner rather than later can have a significant impact on the size of your nest egg at retirement.

One of the most laborious tasks for small businesses is managing payroll. But it’s critical that you not only withhold the right amount of taxes from employees’ paychecks but also that you pay them over to the federal government on time.

If you willfully fail to do so, you could personally be hit with the Trust Fund Recovery Penalty, also known as the 100% penalty. The penalty applies to the Social Security and income taxes required to be withheld by a business from its employees’ wages. Since the taxes are considered property of the government, the employer holds them in “trust” on the government’s behalf until they’re paid over.

The reason the penalty is sometimes called the “100% penalty” is because the person liable for the taxes (called the “responsible person”) can be personally penalized 100% of the taxes due. Accordingly, the amounts the IRS seeks when the penalty is applied are usually substantial, and the IRS is aggressive in enforcing it.

Our experts examine the latest trends, economics, business conditions and industry issues to provide timely information you need to maximize your tax advantages and meet your financial goals.

SALT TALK: Hear an insider’s perspective on the business issues, legislative updates in state and local tax, and tax aspects behind today’s headlines.

T&E TALK: Gain insights into how changes in tax laws, shifts in the financial markets, and regulatory concerns will impact assets and affect preserving and transferring wealth.

TAX TALK: Get an all-inclusive perspective on regulatory changes, industry issues, and trends from our team of multidisciplinary tax professionals – many of whom also hold J.D. and LL.M degrees.